Most of the world’s great leaders have used their power for good. They have spread their influence for the betterment of humanity and give a shining example to those who follow them. Some maintained prosperous reigns. A few wrote their names in history and remained heroes or role models for the future generation of leaders. Still, a few we’re remembered not for greatness but for the disasters they have bought upon humanity. 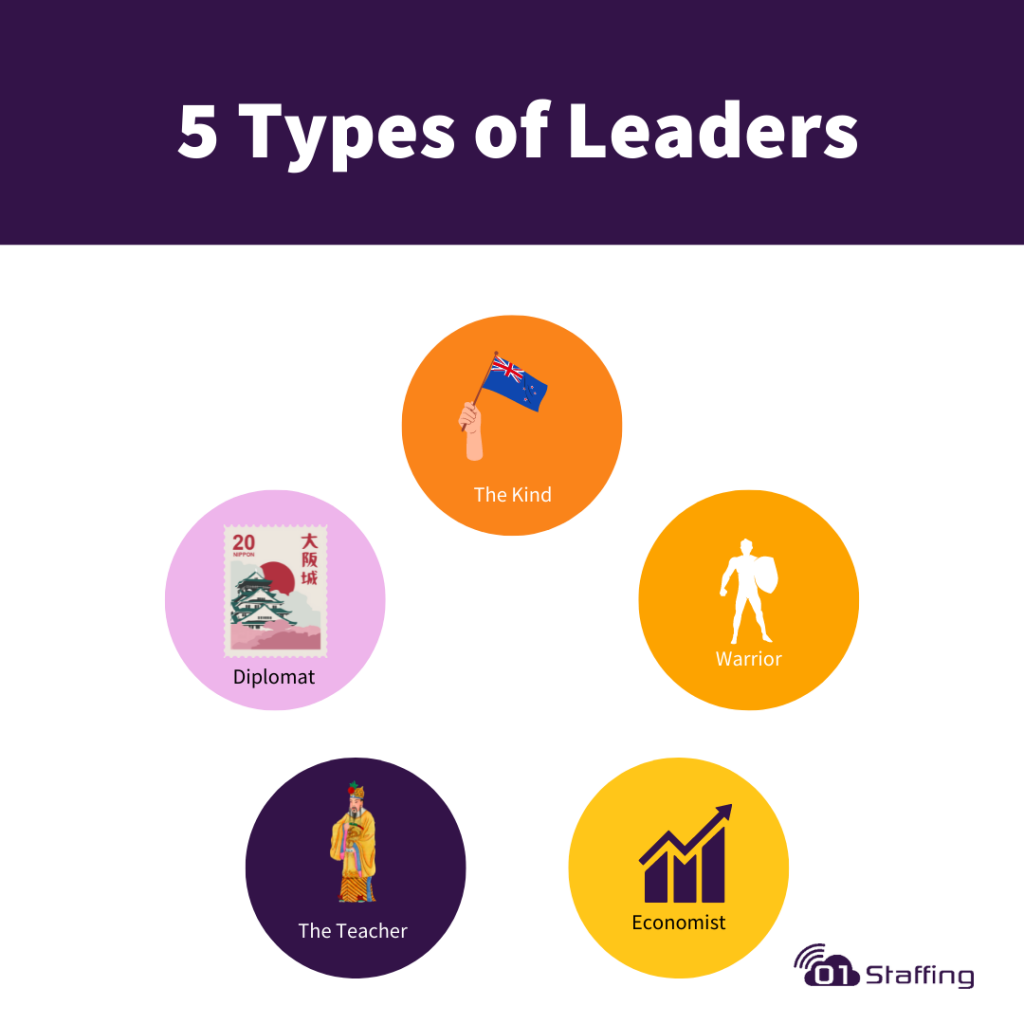 Any Asian history book will contain a quote or more from the philosopher Confuscious.

The first teacher of China changed the lives of many when he made education available broadly. Beyond education, his moral, ethical, and social standards continued to be revered by modern people who look into Confucianism.

“A Song of Ice and Fire” and “Game of Thrones” character Robert Baratheon, a soldier and rebellion leader who became king, takes inspiration from real-life kings Henry IV and V. Both were fierce warriors who rose to leadership and proved to be terrible rulers.

The Economist and the Diplomat

Two days ago, we mourned the assassination of Shinzo Abe, Japan’s longest-serving Prime Minister, who served for almost two decades until the decline of his health. The 67-year-old left a legacy of nurturing a love for the country and supporting local talent, which led to economic prosperity. He also fostered strong, mutually beneficial relationships with superpowers, neighbors, and former colonies. He was humble, kind, brave, and wise. Even our own Justin Trudeau laments his passing and honors him as a friend.

Another great leader who leads through kindness is Jacinda Ardern. The New Zealand Prime Minister believes that political leaders can be empathetic and strong. During the Covid pandemic, New Zealand’s elimination strategy and early and strong action proved one of the best responses. Indeed most countries that managed the pandemic successfully were led by women.

The Future of Leadership is Kindness

What is it about work that makes some people feel like they have to use power and toughness as a tool when in other areas of their life, they actively try to remove themselves from toxic relationships?

The more empathetic, compassionate, and genuine you become, the more people gravitate towards the outcome you’re working towards.

Doing good deeds, being pleasant, or being well-liked does not mean that will not respect you. These are outdated ideas with no factual evidence to support them. 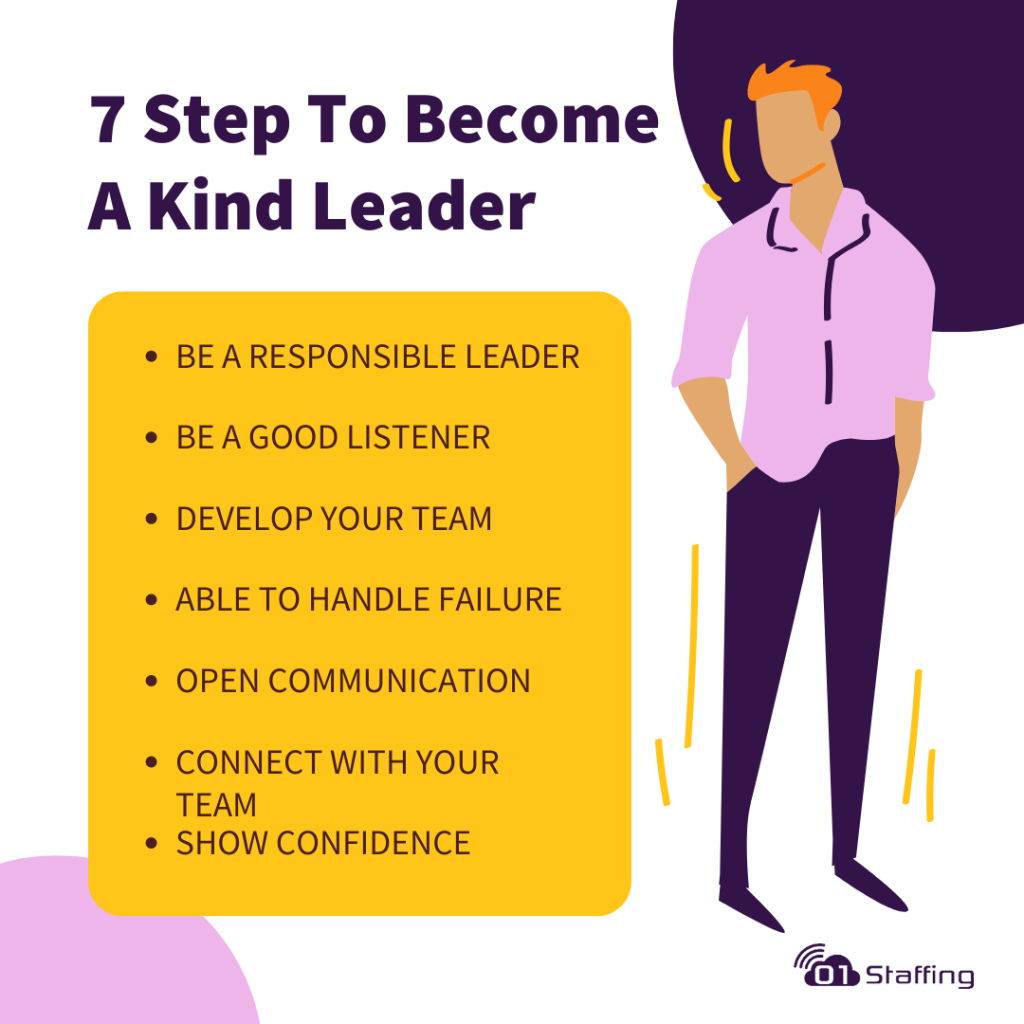 A new study by Gallup finds that US workers who receive compliments, recognition, and praise at work feel more fulfilled, have higher self-esteem, and experience positive emotions. The study suggests that these benefits lead to increased productivity in teams.

A Google study titled Project Aristotle showed that forming bonds with others is just as important at work as in any other area of life.

“The behaviors that create psychological safety — conversational turn-taking and empathy — are part of the same unwritten rules we often turn to, as individuals, when we need to establish a bond,” the study found. “And those human bonds matter as much at work as anywhere else. In fact, they sometimes matter more.”

Google’s intense data collection and number crunching have led it to the same conclusion that the best teams are those who take the time to listen to one another and show sensitivity to feelings and needs.

A healthy, supportive, empathetic, and highly communicative environment is key to retaining employees, according to Gallup’s decades of data and interviews with 25 million employees. This is especially important now, as companies strive to maintain productivity during the pandemic and with an ongoing remote workforce.

Kindness must not be overlooked – this is what 21st-century leadership looks like.

Jacinda Ardern, the Prime Minister of New Zealand, is a powerful example of empathy and strength combined.

In Leading With Empathy, Ardern emphasizes her wish to lead with kindness and not be afraid to be driven by empathy.

“I think one of the sad things that I’ve seen in political leadership is – because we’ve placed over time so much emphasis on notions of assertiveness and strength – that we probably have assumed that it means you can’t have those other qualities of kindness and empathy,” she says.

“And yet, when you think about all the big challenges we face in the world, that’s probably the quality we need the most. We need our leaders to be able to empathize with the circumstances of others, to empathize with the next generation that we’re making decisions on behalf of. And if we focus only on being seen as the strongest, most powerful person in the room, then I think we lose what we’re meant to be here for.”

Authenticity and empathy are vital for dealing with difficult situations.

The same goes for business leaders. It’s essential to be compassionate. This doesn’t mean you have to be a pushover – you can still make tough decisions and trade-offs, but you should do so in a way that considers the needs of your team. We all have necessities like belonging, love, safety, and esteem, and it’s important to remember that when leading others.

In the McKinsey book CEO Excellence, which looks at how excellent CEOs align with the organization, it was noted all 67 CEOs featured in the book treated the soft stuff just like the hard stuff. They put equal rigor into handling topics like talent, culture, and organization design. They know that getting these things right is a source of competitive advantage.

A leader’s greatest strength is their ability to empower the people around them. Strong leaders are able to balance their own success with the success of others and use that as a driving force for growth. 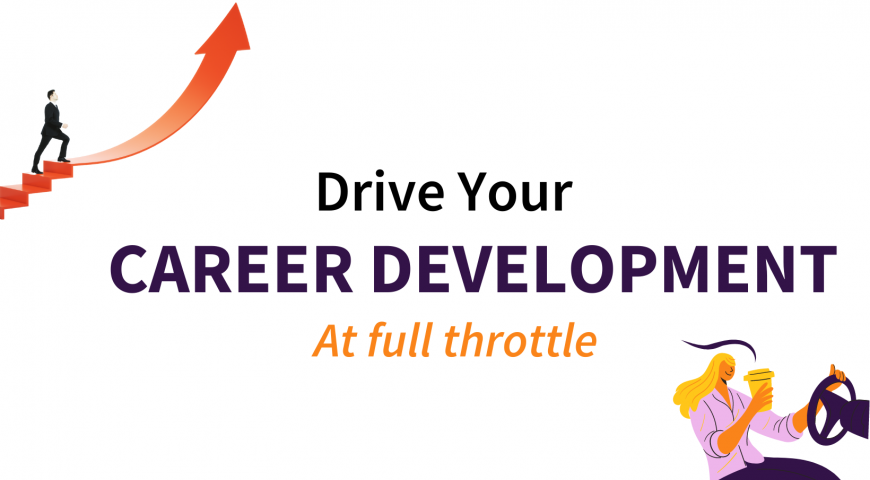 Canada is back in business. The country’s economy added 39,800 jobs last month, with the surge in hiring full-time employees. The job market has slowly and steadily recovered.

Moreover, companies are eager to make their existing workforce happy and keep them from being snatched away by competitors. Companies like the Royal Bank of Canada are offering a 3% increase in base salaries.

What It Means For You

As companies expand and new people come in, reorganization is bound to occur. If you’ve been in the company longer and have learned the ropes, you are well placed for promotions and other opportunities.

Here are the things to do to show responsiveness and become an employee who shines.

Currently, there is a discussion about working from home or returning to the office.

While some employers like the Canada Life Assurance Company have shown willingness to support both its people and a range of working styles, other companies like Tesla are dedicated to preserving its work culture and creating innovations through synergy — that means everyone has to be in the office.

You are very much entitled to your own opinion. However, as a prospective manager, you need to understand where the company stands and how various possibilities protect the interest of the company.

Many Canadian employees are back in the office — and not everyone is happy about it.

The hybrid workplace setup has also led to some confusion and conflicts. LifeWorks revealed that 20% of Canadians had experienced increased conflict and aggression when dealing with the public or clients.

Show yourself worthy of corporate growth by returning to the office when you’re asked to and coming in with your best.

As you become more experienced in your chosen field, ask your managers and coworkers for feedback so you can understand your strengths and improve on your weaknesses. Use performance review conversations to speak with your manager about your career development.

Get in touch with your network.

Employees at many companies and organizations have access to various educational resources and learning opportunities to improve their skills. To advance your career within the company, your employer may offer management training programs.

The best way to find a job is to network with people in your industry. Maintain long-term professional relationships, and stay up-to-date on industry trends.

It takes time, motivation, and commitment to further your career. Master your area of expertise while developing timely skills that your organization needs. Go beyond your comfort zone and seek to learn from experts and new people.

Stay ahead of the game by knowing what your competitors are doing and what products are booming. Seek innovative ideas by keeping score of new technologies and learning from everyone. Listen to the news, read industry magazines, and attend events. Remember, learning can come in the most unlikely places too.

Be Curious About Your Industry

Participate in workshops and training programs

Attend workshops, training programs, and community events relevant to your industry to learn, grow, and keep up-to-date with new resources and information.

Expand your network as you grow in your industry by sharing your knowledge on different platforms such as LinkedIn Articles. It may connect you with the right people and find you strong new rookies to mentor.

If you want to stay organized and achieve your career goals, create a regular schedule and track your progress over time. This will help you stay focused on your long-term goals.